Pokagon Tribal Police are seeking assistance in identifying these individuals in relation to a recent felony theft investigation in their jurisdiction.
They are also seeking information about the pictured vehicle.
If you have a tip, you can share it anonymously by calling 574-288-STOP or 800-342-STOP.
You can also submit anonymous tips online at p3tips.com/203. 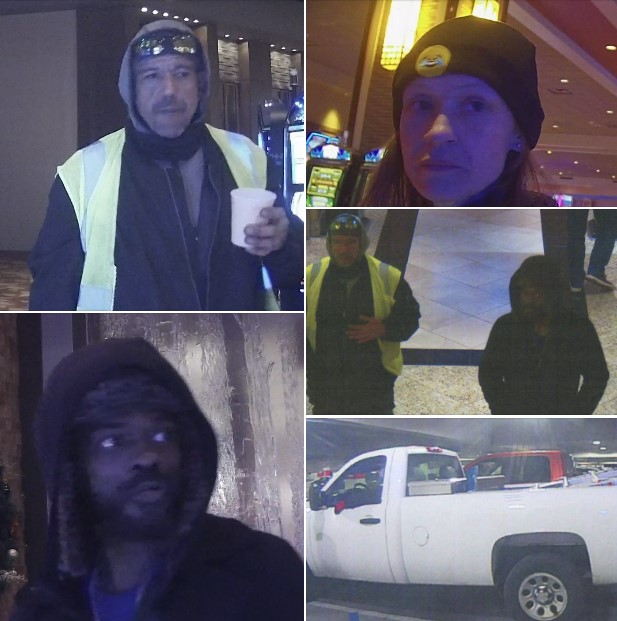 St Joseph County Police are investigating a recent fraud case and need assistance identifying these two individuals.  These images were taken in the 52000 block of State Road 933.
If you have any information, you can call in your anonymous tip at 574-288-STOP or 800-342- STOP.
You can also remain anonymous and submit your tip online at p3tips.com/203. 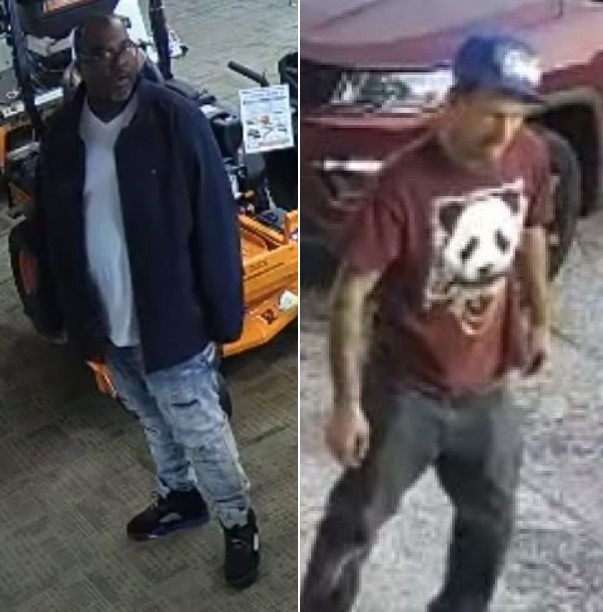 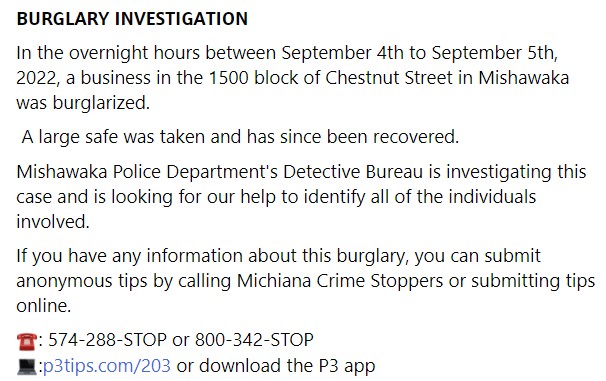 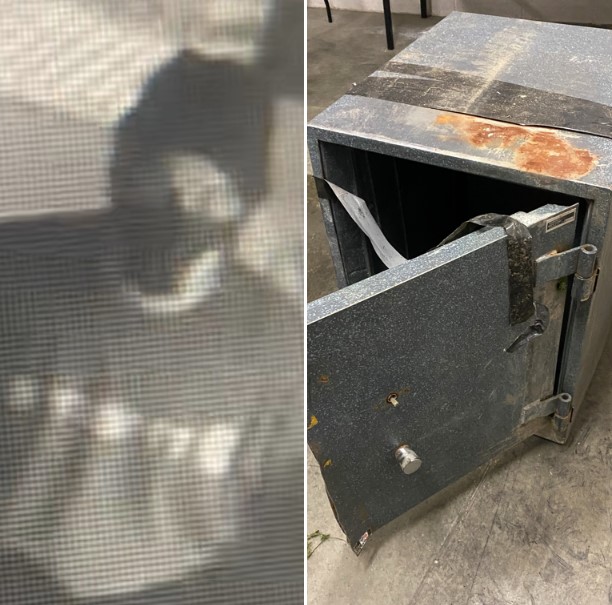 On July 3, 2022, just after 6:30pm, South Bend Police responded to an armed robbery to a business in the 300 block of n. Eddy Street.   Michiana Crime Stoppers is asking if you recognize this person (we know the photos are less than stellar), or you have any information on this case, submit your 100 % ANONYMOUS tips by calling 574-288-STOP or 800-342-STOP.  You can even submit tips from your smart phone at www.p3tips.com/203 or by downloading the P3 app.

If your anonymous tip leads to the solving of this case, you could be eligible for a Victory Over Violence reward of $1,000! 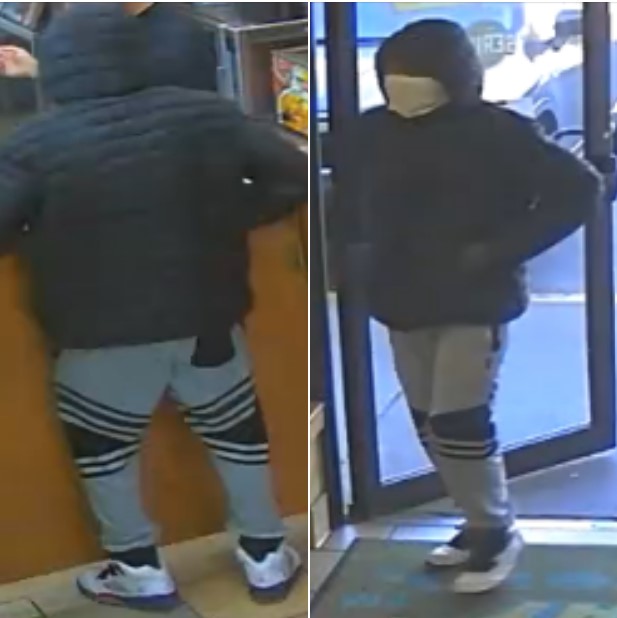 On 4/17/2022 at approximately 10 pm, South Bend Police responded to an armed robbery to a business in the 1600 block of S. Michigan Street. The South Bend Police Department’s Major Crimes Unit is investigating this case and is asking for help identifying the individual in these photos.  If you have a tip, contact Michiana Crime Stoppers with your anonymous information. Because this crime involves a firearm, this is eligible for our Victory Over Violence Initiative, which offers a reward up to $1,000 for a tip leading to an arrest or the solving of this case! 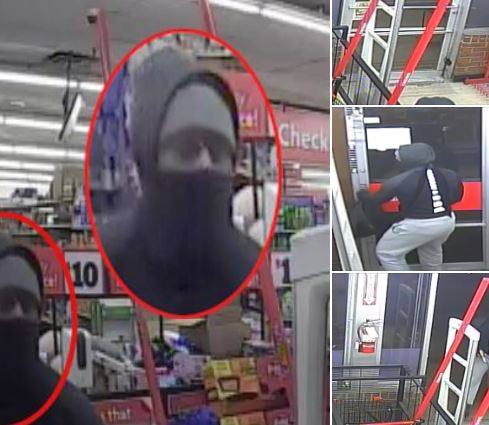 BUSINESS ROBBERY: Just after midnight on April 21st, 2022, South Bend Police responded to the 400 block of N. Olive for reports of a robbery to a business.  South Bend Police Major Crimes Unit is handing the investigation and want to know if you can help identify these suspects.
If you have any information on who these are, or anything about this case, you can submit anonymous tips by calling 574-288-STOP or 800-342-STOP.  You can even submit tips online at www.p3tips.com/203.  If your anonymous tip leads to an arrest or the solving of this case, you could receive a cash reward! 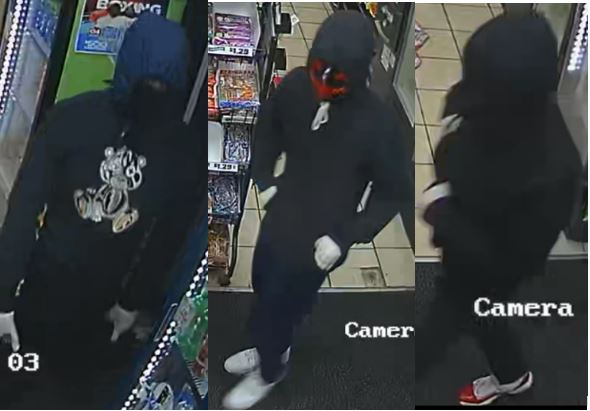 The St. Joseph County Metro Homicide Unit is investigating the homicide of 43 year old Bradley Hodges.  He was found dead last week with a gunshot wound at the Sunset Village trailer park on Locust Road.

In April of 1992, South Bend resident Kimberly Coleman, 22, was reported missing by her foster parent. Foul play is suspected in her disappearance; she has not been seen or heard from since.  Her last known address was in the LaSalle Park area of South Bend. Prior to living in South Bend, Kimberly resided in Fort Wayne and it is believed she still visited Fort Wayne regularly while living in South Bend.

At the time of disappearance, Kimberly was described as 5’6”, 132 pounds, with brown eyes and black hair. She would be 50 years old today.

Kenneth VanHulle was last seen on April 17, 2008 at his Scott Street residence in South Bend. He told family he had planned to travel to Alaska, but his family hasn’t heard from him in over 12 years.

There was a possible sighting of Kenneth near Anchorage, Alaska in 2009, but authorities have not been able to locate Kenneth.

At the time of his disappearance, he was 5’8”, weighed 150 pounds, had brown eyes and brown and gray hair. Kenneth would be 67-years-old.

**While we encourage tips, they may not qualify for a reward in this case**

On August 14, 2015 Shasta Horston was found murdered at her home of 1038 Yukon St in South Bend.  Shasta was found by family and her infant child was home during this heinous crime.  Police are now asking for our help to bring the killer to justice.

July 20, 2013 at 11pm Domonique Jackson was shot and killed, while in his vehicle, in the 1100 block of North Huey in South Bend.  Domonique had a very young son, who is now growing up without his dad.  Police are asking for our help to close this case.

Around 10am on October 10, 2015 a passerby found John Tolley in the ditch along Ireland Road.  John had been struck by a vehicle in the overnight hours and left at the scene.  The St. Joseph County FACT Team is still looking for the driver responsible for this accident, and the death of John Tolley.

Just before midnight on August 29 police responded to the 1200 block of Queen Street in South Bend for a crash, but when they arrived they found the driver, William Collier had been shot and later died at the hospital.  Police are asking for our help to solve this 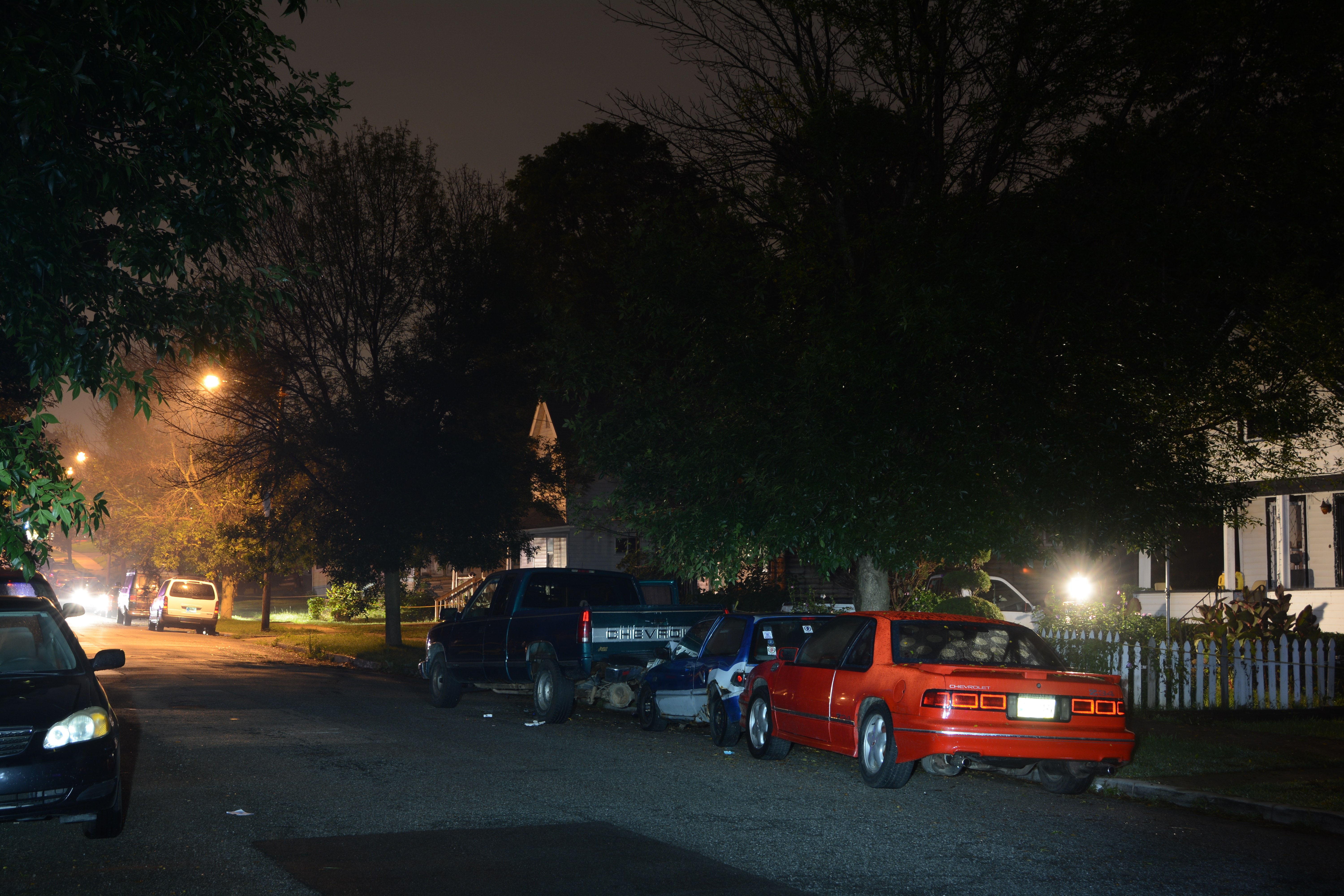 October 22, 2011 Ariana Pendleton was gunned down in the backyard of 234 Dr. King Dr. in Elkhart.  Ariana was only 19 years old and was a good girl with a big smile and happy heart.  Ariana`s family, and police, are asking for the community to step up and speak out to help solve this case.  Crime Stoppers assures your anonymity and if your tip helps detectives close this case, you could earn a cash reward.  Help bring justice for Ariana, and closure for her family.

Oct 2, 2013 around 5:30 am, Natalie Garrett was getting ready for work in her apartment in North Lake Apartments in Elkhart.  Natalie walked into her bedroom and found an unknown male standing there staring back at her.  The suspect is described as an African American male, 20-30 years old, about 6 feet tall and a thin build.  Natalie tried to run away, but the suspect grabbed her.  The suspect raped and sexually assaulted Natalie.  Before he left, the suspect took Natalie`s phone and keys and left out the front door of the apartment.

Two years later, police are asking for the public`s help in solving this brutal crime.  If you have any information connected to this case, call or click with a tip for Michiana Crime Stoppers.

At about 6:00 a.m. on March 2, 2015, it appeared that 41-year old Tanya Jones was awakened when the back door of her home in the 1400 block of Olive Street in South Bend was kicked in.  Tanya was found lying on her kitchen floor, dead from multiple gunshot wounds.  Police believe this was not a random murder.

The person responsible for Tanya`s murder has left her 13-daughter without a mother, and a family without their daughter, sister, and niece.